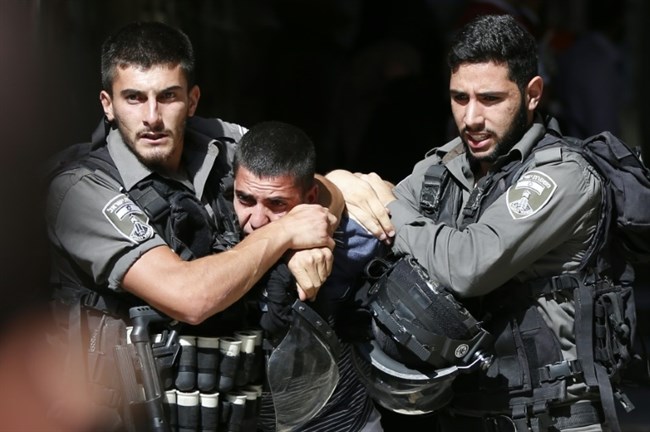 BETHLEHEM (Ma’an) — An Israeli court on Friday indicted seven young Palestinians from occupied East Jerusalem for allegedly forming a Popular Front for the Liberation of Palestine (PFLP) cell with the intention of carrying out attacks, Israeli media reported.Hebrew-language news site 0404 reported that the seven, aged 17 to 21, were handed indictment lists from an Israeli court that included accusations of planning a shooting on Israeli forces in Jerusalem.Three of the Palestinians were accused of forming the left-wing PFLP cell before contacting and recruiting four others to carry out the attacks, 0404 reported.Other allegations against the seven included plans to use locally-made explosive devices and rocks, creating and testing an explosive device before making copies to use against Israeli forces in al-Issawiya, and a decision by the group to buy a “Gustav Carlo” gun to use in attacks.Two Palestinians from the cell allegedly made five Molotov cocktails on Feb. 22 before throwing them at Israeli vehicles passing by al-Issawiya, 0404 added.Israeli forces have thrown hundreds of Palestinians behind bars since a wave of unrest swept the occupied Palestinian territory last October.There were 406 Palestinian children in Israel’s prisons as of Jan. 31, according to Israeli watchdog Military Court Watch.