Home / Uncategorized / Fires break out all over Israel 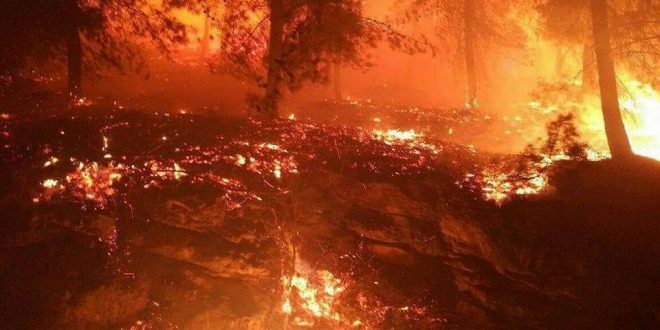 Fires break out all over Israel

Fires have broke out all around Israel and the occupied West Bank starting Tuesday, and continued until Thursday overnight due to “dry winds.”

However, according to the Israeli minister of public security, Gilad Erdan, reasons to the fire were due to “arsons”

On Wednesday night, the Israeli Prime Minister, Netanyahu’s office said that Greece, Croatia and Russia were sending fire-fighting aircraft to help put out the fire.

On Thursday morning, Palestinian civil defense forces said that they responded to over 68 fires, stressing that citizens be careful in dealing with fires, especially with the winds that can easily spread any fire quickly.

Spokesman at the Palestinian Civil Defense, Nael Al-Azzeh saif that there are fears of fires breaking out since the trees and the grasses are dry.