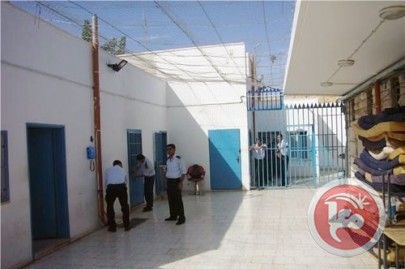 Ghalib Abdullah Daraghma, a 48-year-old resident of the occupied West Bank city of Tubas, died in the Palestine medical complex in Ramallah on Sunday evening after his health deteriorated less than 48 hours after launching a hunger strike.
A Palestinian police spokesman told Ma’an that Daraghma started his hunger strike on Saturday after he had been taken to the hospital on Feb. 26. The reason for the hunger strike remained unclear as of Monday.
Palestinian security sources said that Daraghma had been held in a Palestinian prison for the past two years after being charged with killing five Palestinians, including two police officers, in Tubas, adding that he however had not been sentenced in court.
Palestinian prosecution said it has opened an investigation to uncover the circumstances of his death.
Daraghma’s death comes amid renewed outcry against the PA’s incarceration system as Palestinian activist Basel al-Araj, who had been detained by the PA for five months in 2016, was killed by Israeli forces on Monday.
PA security forces have been widely criticized for severe mistreatment of detainees, criticism that took on a new significance after PA police beat a detainee to death last year, as well as the security coordination with Israel through what critics have called a “revolving door policy” of funneling Palestinians from PA jails into Israeli prisons.
DetentionHuman RightsTransparency and Accountability
Ramallah and Al-BirehTubas
2017-03-06
yassminesaleh
Previous Palestinians cry foul play as land fissures emerge at Al Aqsa Mosque
Next Palestinian activist ‘executed’ by Israeli forces after 2-hour shoot-out