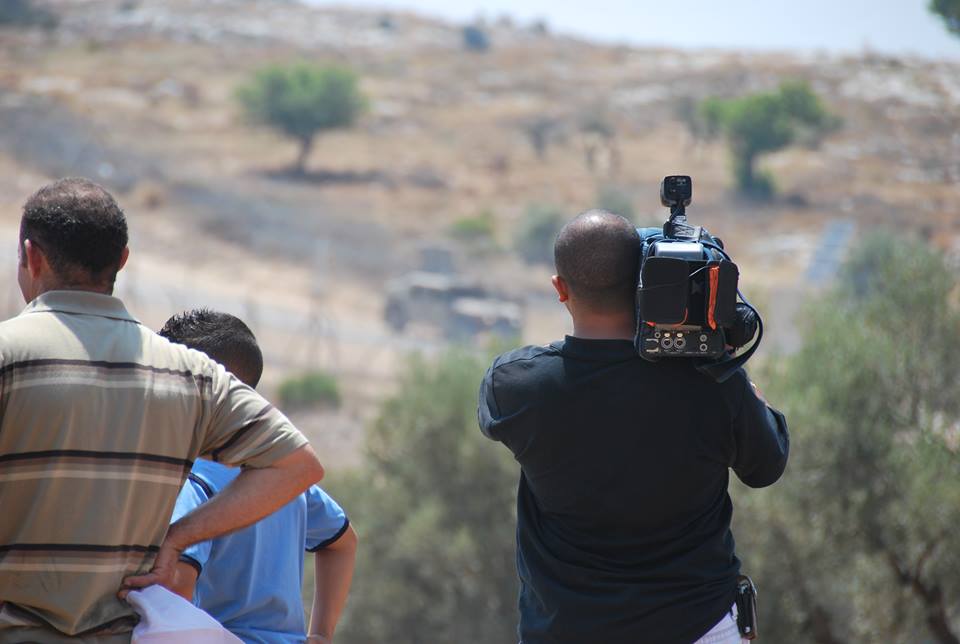 Photographic evidence and witness testimony gathered by Amnesty International at the scene suggest that Palestinian security forces used excessive force to violently suppress a peaceful protest outside of the Ramallah District Court in the West Bank on 12 March 2017.

Ten minutes after the protest against the prosecution of six Palestinian men, including slain activist Basil al-Araj, began outside the courthouse in al-Bireh area, Amnesty International researchers witnessed heavily armed security forces arriving, carrying batons and shields. They immediately began to charge towards the protesters, violently striking them with the wooden batons, using pepper spray and firing tear gas into the crowd. At least 21 people (13 men and eight women) were injured, including four journalists covering the event. Seventeen were hospitalized.

“There can be no justification for violently storming a peaceful protest. Video evidence obtained by Amnesty International shows Palestinian security forces resorting to brutal and alarming means to crush the protest in flagrant violation of their obligations to uphold and protect the rights to freedom of expression and peaceful assembly,” said Magdalena Mughrabi, Deputy Regional Director for the Middle East and North Africa.

Following a public outcry, Prime Minister Rami Hamdallah today announced the formation of a committee to investigate the actions of the police at the courthouse.

“The Palestinian authorities must ensure that the investigation announced into this incident is independent, impartial and thorough and that all those found to be responsible are held accountable for their actions,” said Magdalena Mughrabi. 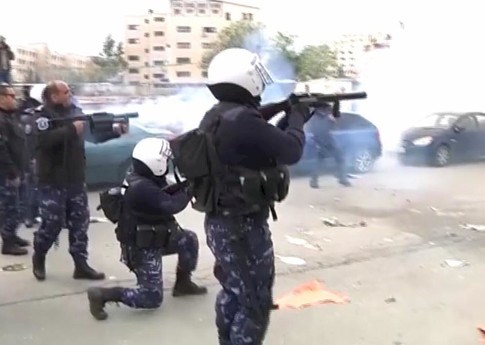 Amnesty International staff present at the scene observed no violence from protesters prior to police attacking them with batons, tear gas and pepper spray. Those injured suffered bruises from heavy beatings with wooden batons or after being struck by tear gas canisters. Four journalists from Wattan TV, Roya TV, and Palestine Today were also beaten in what appeared to be a deliberate attempt to prevent them from covering the protest. No injuries were reported among members of the security forces.

Khader Adnan, a protester who was hospitalized for his injuries, told Amnesty International: “I was standing peacefully when tens of baton-wielding soldiers attacked me and beat me to the ground. Once I fell down… one of them stepped on my head while others continued to beat me, ripping my clothes. I have injuries on my back, my shoulders, and my leg.”

He was taken to the Criminal Investigations Department with six others where he says he was verbally abused before five of them were released. The other two remained in detention. 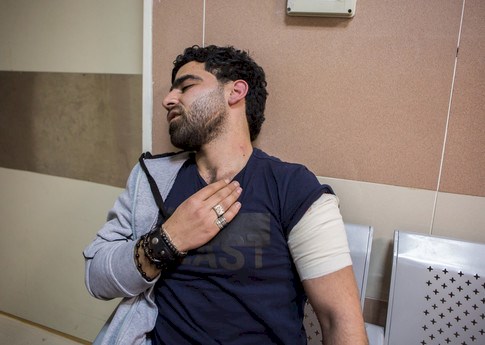 Farid al-Atrash, a lawyer, human rights defender and the head of the Bethlehem office of the Palestinian Independent Commission for Human Rights, who was present at the protest said he was beaten to the ground with wooden batons. He told Amnesty International he also witnessed police officers beating the father of Basil Al Araj, a Palestinian man who was killed by Israeli soldiers last week. “I tried to protect him when I was attacked by the officers; they hit me to the ground and beat me on my legs,” he said.

Bassem Tamimi, a well-known Palestinian activist from Nabi Saleh and former prisoner of conscience was also injured in the demonstration. “I can’t believe they did this to us. I was speaking to the head of the police unit there… telling him we will disperse in 15 minutes. We were almost done when I saw a large crowd of police begin to swarm us and attack in a vicious manner. They used wooden clubs and started to hit people left and right, I walked back when they shot a [tear-gas] canister directly into my lower back, hitting my tailbone. I didn’t expect [them to behave like] this.”

Bassem Tamimi’s wife, Nariman, also an activist from Nabi Saleh, was beaten after she intervened to tell security forces to stop beating and dragging a young man. “What did we do? We did nothing wrong! My shoulder and arm are now injured. I didn’t believe they would do something like this,” she said.

One eyewitness, Hafez Omar, said the protesters were standing peacefully when the police told them to leave the area. When they refused, the police started pushing them and beating them with batons. He witnessed two other men being beaten before the police dragged him and beat him with batons on his arms, back and legs.

Between 100 and 150 people had gathered outside the courthouse in al-Bireh to protest against the prosecution of six Palestinian men accused of possessing firearms. Four of the men – Haitham Siyaj, Muhammad Harb, Muhammad al-Salameen and Saif Idrisi – are currently held without charge or trial in administrative detention by Israeli authorities. The fifth man, Basil al-Araj, was killed by the Israeli military last week. The sixth man, Ali Dar al-Shaikh was not arrested by Israel and was present at the court yesterday.

In a media interview on Monday, a spokesperson for the Palestinian authorities’ security forces, Adnan al-Dmeir, accused the protesters of being “mercenaries” and “foreign agents” who he said were seeking to “spread chaos”.

In the rare cases where Palestinian authorities have taken steps to ensure accountability in the past, they have resorted to disciplinary measures rather than criminal prosecutions to hold police or security forces to account even in cases where the use of force was abusive or arbitrary.

“The Palestinian authorities must ensure that the security forces’ use of force is not excessive, abusive, arbitrary or otherwise unlawful. Anyone suspected of responsibility for arbitrary or abusive use of force must be prosecuted in a fair trial,” said Magdalena Mughrabi.

“Given the Palestinian authorities’ poor record of bringing security forces to justice after violent crackdowns on protests, it is even more crucial for the authorities to send a clear message that use of excessive force will not be tolerated and that violations will not go unpunished.”

In a recent incident documented by Amnesty International, human rights lawyer, Mohannad Karajah, described how 10 members of the Palestinian security forces in plainclothes punched and kicked him and beat him all over his body with sticks at a demonstration on 4 October 2016. At least five others were also assaulted. No one has been prosecuted over the incident.

In February 2016, mass strikes and protests over low wages for teachers were met with a heavy-handed response from Palestinian security forces who arrested 22 teachers and set up roadblocks around Ramallah to prevent teachers joining demonstrations.

GovernmentHuman RightsInvestigations
Ramallah and Al-Bireh
2017-03-13
yassminesaleh
Previous PA police suppress protest against decision to try prisoners linked to Basel al-Araj
Next (PHROC) condemns the assault on the peaceful assembly that took place in front of the Palestinian Court Complex and warns of the consequences of the violations of rights and freedoms.