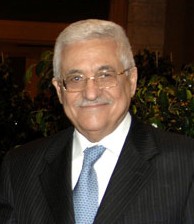 Ramallah, Occupied West Bank – The killing of a prominent Palestinian political activist in the occupied West Bank city of Ramallah by the Israeli occupation army last week has once again exposed one of the most controversial truths of the Palestinian Authority (PA), a semi-governmental body ruling three million Palestinians in the West Bank.

PA security forces arrested Basil al-Araj, 34, in April 2016, with five of his friends, accusing them of carrying unlicensed weapons and planning to carry out an attack on Israeli targets. Under the Oslo agreements signed between Israel and Palestine in 1993, the PA is obliged to share information with Israel about any armed resistance to the Israeli occupation in a practice known as “security coordination”.

Araj and his friends were released after five months in PA prisons. While four of his friends were immediately re-arrested by Israeli forces, Araj went into hiding for more than two months in an old house in Ramallah. On March 6, the Israeli army found Araj and killed him, causing outrage among Palestinians.

On Sunday, protests rocked the city of Ramallah, in front of a court that was due to put Basil and his friends on trial, against the policy of security coordination between the PA and Israel, the killing of Araj, and the court’s decision to put the six Palestinian men on trial.

PA security forces responded with force, beating unarmed protesters with batons, firing tear gas and rubber-coated steel bullets, which only added fuel to the fire. At least 11 people were injured, including the father of Araj who was transferred to a hospital. Palestinians took to social media platforms venting their anger against the PA that “crossed the line” and vowed to continue demonstrations.

The incident has revealed the cracks in the current status quo, where the Israeli occupation and the PA work hand in hand to suppress Palestinians who dare to speak out.

In April 2016, shortly after the five men were arrested, Mahmoud Abbas, president of the PA, said: “Our security forces are working very efficiently to prevent terror. Just a couple of days ago, three young men were tracked down and arrested. They were planning an attack. In this context, our security cooperation with Israel is functioning well,” Abbas told the German news outlet, Der Spiegel.

Speaking to Al Jazeera, a high-ranking Palestinian security official who chose to remain anonymous fearing reprisal, said: “Since Israel destroyed our main security centres in 2002, we rebuilt our security with the knowledge and the help of international donors (mainly US training), our security is in the service of the wellbeing of our people,” he said.

The duties of the PA security forces, however, have long been condemned by Palestinians, who even see them as “collaborators” with the Israeli occupation. “It is very clear we have the Palestinian security services collaborating with the Shabak – the internal Israeli security service. It is a one-way service to the benefit of Israel, not the Palestinians,” Shawan Jabarin, head of the Al-Haq human rights organisation in Ramallah, told Al Jazeera.

“This type of coordination does not provide security to the Palestinians, rather, it is used against them. It is lethal, dangerous, and should be terminated,” said Jabarin.

Though it has not been proven whether the policy of security coordination directly resulted in the killing of Araj, Al-Haq and other human rights organisations say they have “evidence of collaboration between the two sides”.

“We have collected testimonies from Palestinians who were detained by both Israeli and Palestinian security forces. They said they were confronted by Israelis with the information they gave to their Palestinian jailers during interrogation,” Jabarin said.

It has been almost 23 years since the implementation of Oslo and a lot has changed, except for the policy of security coordination between Israeli and Palestinians. Despite the fact that Palestine Central Council, the intermediary body between the Executive Committee of the Palestinian Liberation Organisation (PLO) and The Palestine National Council, decided to suspend security coordination with Israel in March 2015, the practice still exists.

While relations between the PA and Israel have seen tough times through escalation of attacks, a large increase in the building of Israeli settlements in the occupied West Bank and East Jerusalem, three wars on Gaza, and the end of any real negotiations for a diplomatic solution to the conflict, security coordination remains intact.

Analysts say that as long as Israel continues to occupy Palestinian territories, the practice of security coordination will persist.

“Once the Palestinians agreed on a [Palestinian] authority in the shadow of occupation, there will always be this kind of coordination,” Ali Jarbawi, professor of political science at Birzeit University in Ramallah, and ex-PA minister, told Al Jazeera.

“It does not matter if the agreements are still valid or not, this will continue as long as occupation still exists,” he said.

Radi Jarai, a lecturer at Al-Quds University, who spent 13 years in Israeli jails prior to the Oslo agreements, said: “[Israel] still runs its own network of spies and collaborators; they attack with or without permission or knowledge of the PA. You can call it security cooperation, or whatever you like. It will make no difference, but more misery for the Palestinians.”

GovernmentHuman RightsSecurity Coordination
Ramallah and Al-Bireh
2017-03-14
yassminesaleh
Previous Dr. Saeb Erekat on Another Raid and Closure of a Palestinian Institution in Occupied East Jerusalem
Next Will new regulations deal a blow to Palestine’s local tobacco industry?