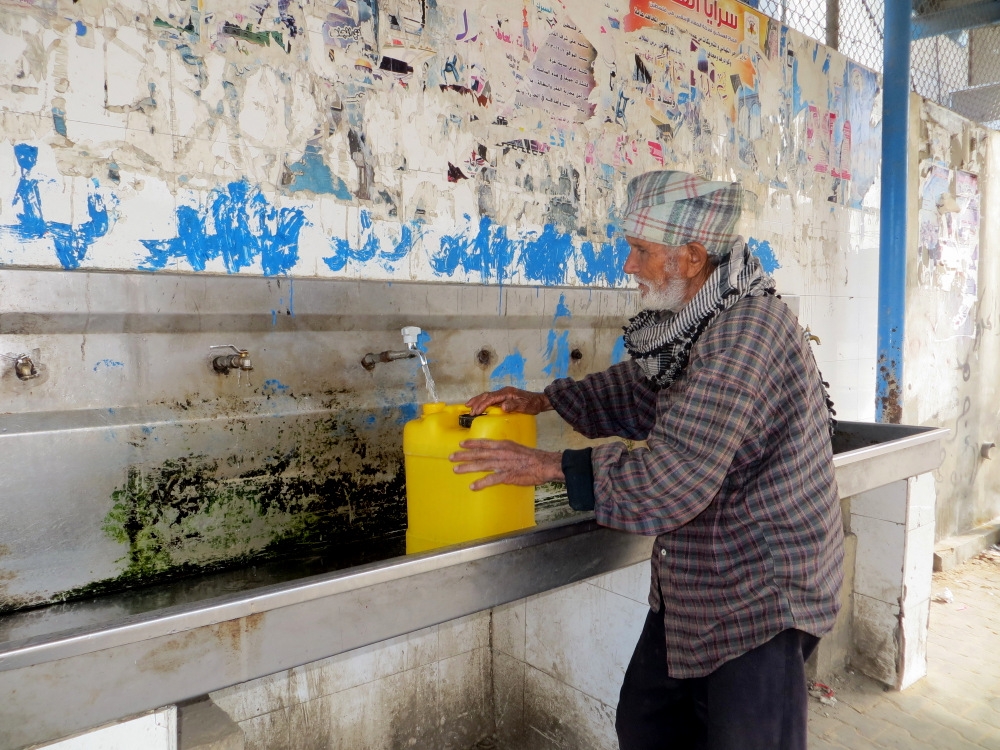 The Oxfam report, titled “Treading Water” and released on World Water Day, analyzed the Gaza Reconstruction Mechanism or GRM, which was designed to help with urgent reconstruction of areas devastated by the 2014 war by allowing the entry of building materials into the strip.

As part of the GRM, Israeli authorities can reject or delay projects and specific items entering Gaza based on their claimed security concerns. Around 70 percent of materials needed to build water and sanitation infrastructure are estimated to be classed as “dual-use” items. Most of these essential “dual-use” items wait between 61 to 100 days before their approval is decided.

Oxfam Country Director Chris Eijkemans said that for Palestinians living in the territory under tight Israeli control, just 4 percent of freshwater is safe to drink amid a “staggering escalation of the water crisis.”

“The UN-brokered system is unaccountable, fundamentally flawed and gives the appearance of legitimizing Israel’s illegal blockade on Gaza,” Oxfam wrote in a press release. “The system is ultimately failing to meet immense needs, address Gaza’s de-development and enable construction of vital water infrastructure.”

The Oxfam report said that while Gaza has a system of piped domestic water, it is subject to breakage and leakage and is not fit for drinking. Instead, many rely on water for drinking and cooking that that is bought from water trucks. Some 40,000 people were estimated to lack access to municipal water networks and 95 percent of Palestinians in Gaza rely on desalinated sea water.

Overall, the GRM has failed to overcome the harsh restrictions of Israel’s blockade on the occupied Palestinian territories, undermining Palestinians’ human rights to water.

“What was an imperfect, supposedly temporary measure has become entrenched within the bureaucracy of the 10-year blockade, funded and backed by the international community and providing an appearance of legitimacy to Israel’s ongoing control over the Gaza Stip,” said Oxfam’s Eijkemans.

The investigation on the water crisis comes after the United Nations Economic and Social Commission for Western Asia released a damning report on Israel’s “apartheid regime that dominates the Palestinian people as a whole.” The U.N. pulled the report amid Israeli outrage, while the Jordanian chief of the body, Rima Khalef, resigned in protest.

In 2012, the U.N. Relief and Works Agency warned that Gaza could become unliveable by 2020 if urgent action was not taken to keep pace with local needs and prevent “irreversible” damage to aquifers.

To see the document in PDF