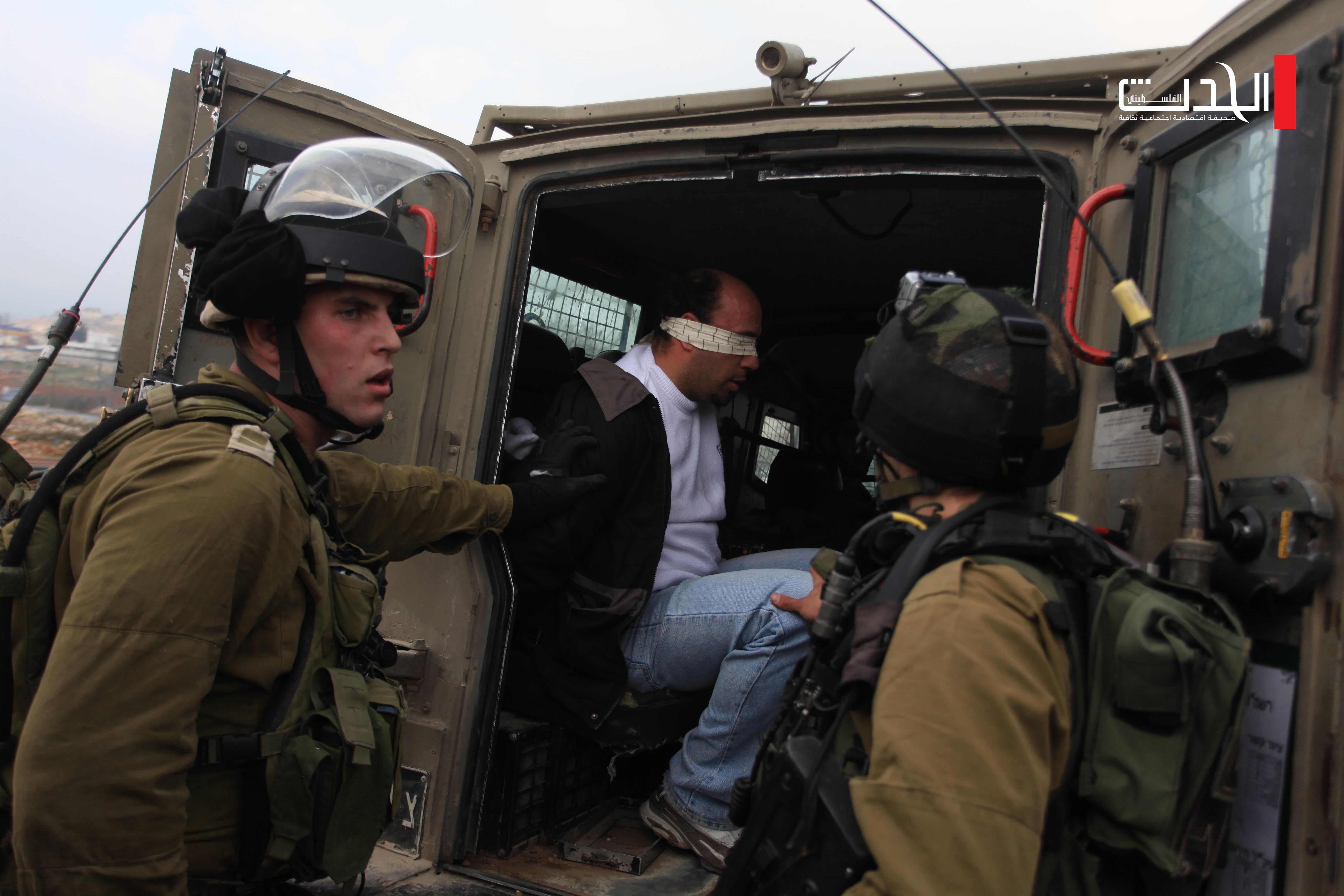 Israeli forces have carried out raids on homes across the occupied West Bank and detained at least 14 Palestinians on Sunday, among them a prominent intellectual and former political prisoner.

Suha Barghouti, the wife of Ahmad Qatamesh, said “a large force” of Israeli soldiers arrived at their home in the West Bank city of al-Bireh at 4:30 am local time and detained her husband.

“Until now, we don’t know what is going on or where he is,” she told Al Jazeera by telephone on Sunday morning, explaining that Israeli soldiers also searched her brother-in-law’s nearby home.

In 2013, Qatamesh, a prominent 66-year-old writer, was deemed a “prisoner of conscience” by Amnesty International while he was in an Israeli jail.

Throughout two stints in prison, he spent more than eight years behind bars under Israel’s practice of adminstrative detention, in which Palestinians are held on “secret evidence” for renewable six-month intervals with no trial or charges.

In total, Qatamesh was in Israeli jail for some 13 years, his wife said.

In the 1970s, he spent four years in prison on charges related to involvement in the left-wing Popular Front for the Liberation of Palestine (PFLP).

In 1992, Israel accused him of continued membership in the PFLP – accusations he denied – and jailed him again as an administrative detainee for more than six years.

Later, between April 2011 and December 2013, he was again held in administrative detention.

An Israeli army spokesperson confirmed that 14 Palestinians were detained on Sunday in pre-dawn raids, but declined to confirm the names of specific individuals.

“There are arrests almost every night,” she told Al Jazeera.

Palestinian media outlets estimate that more than 1,300 prisoners are currently refusing food behind bars, while Israeli officials have said the number is slightly lower.

Barghouti, Qatamesh’s wife, suspects that his writing and campaigning in solidarity with the hunger-striking prisoners is part of the reason Israeli forces targeted him for arrest.

“We don’t know yet what is happening or why, but I think because he is campaigning for the prisoners and is very active,” she said, explaining that Israeli interrogations summoned Qatamesh for questioning several times over the past two years.

She said his interrogators often warned him “not to speak so publicly”.

“They still in their mind consider him a leader and hold him responsible for actions. He’s not a leader or a part of any political organisation,” she said. “They have an image of Ahmad [and] he’s paying the bill for what they think he is.”

Addameer, a West Bank-based prisoners rights group, estimates that there are currently 6,300 Palestinians in Israeli jails. Of that total, at least 500 are administrative detainees.

Although unable to speak to the details of Qatamesh’s arrest, Addameer lawyer Farah Bayadsi said Israel has cracked down on Palestinians protesting in solidarity with the hunger-striking prisoners in recent weeks.

“There is a lot of solidarity and action for the prisoners,” she told Al Jazeera by telephone.”Naturally, the [Israeli] occupation is responding aggressively.”