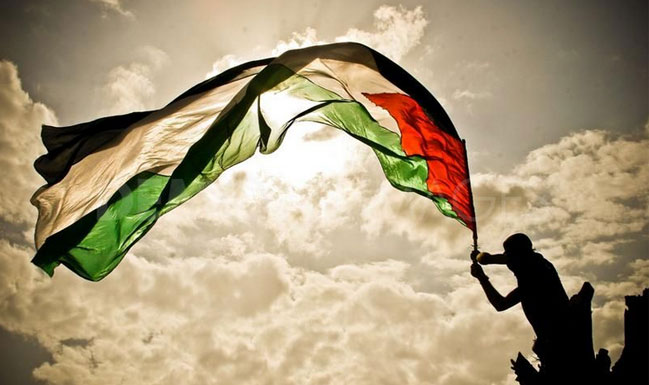 PNN/ Ramallah/
The PLO Department of Culture and Information has published its monthly incitement report for September, which showcases examples of recent inflammatory comments and incitement by Israeli officials and leaders:

Prime Minister Benjamin Netanyahu: “There will be no more uprooting of towns [settlements] in the Land of Israel.” (September 27, 2017)

“… We are building the country and settling it in the mountains, the valleys, the Galilee, the Negev and in Judea and Samaria [Occupied West Bank] too, because this is our country. We have been given the privilege of living in the land, and we have an obligation to guard it carefully.” (September 12, 2017)

Education Minister and Diaspora Affairs Minister Naftali Bennett: “I see no justification not to approve the plan [to authorize the construction of 31 settlement units in Hebron] at this time.” (September 29, 2017)

“I do not take such a step lightly – in order to apply sovereignty [in the Occupied West Bank], you need timing and courage. There is no better time than now, when it is clear to all that we are here by right and not by kindness. Like sons returning to their land and not like foreign invaders… There is no better time than this, even if there is opposition in the world, we will overcome it. [The world] also understands what the Israeli public understands: The land of Israel will not be divided again,” ” (September 27, 2017)

“The liberation of Judea and Samaria (Occupied West Bank) and the Golan Heights, and their population with over half a million residents, constitutes another page in the annals of the people of Israel.  We returned in order to stay forever, without conceding land and without foreign sovereignty.  Zionism continues beating in all of our hearts, and on this day we salute the pioneers of this generation.” (September 17, 2017)

“The Jordan Valley will always be an inseparable part of the State of Israel, and it is of strategic importance to the security of the state, and I am very happy that we are planting roots in it.” (September 14, 2017)

“The promise for [the settlement of] Beit El is absolute. There is no need for discussion, only for the prime minister’s approval. As Chairwoman of the Ministerial Committee for Legislation, I have heard that the marketing of the [settlement units] in Beit El will be carried out in September, so we should wait until the end of September. I am sure that will happen.” (September 3, 2017)

Defense Minister Avigdor Liberman: As far as I’m concerned, it’s clear that settlement in Judea and Samaria (Occupied West Bank)… is the real defensive wall of the State of Israel. (September 17, 2017)

Culture and Sport Minister Miri Regev:  “To the different forces in the world and in Israel trying to undermine the Jewish people’s connection to its country, we say—you won’t succeed… Fifty years ago, we returned to Judea, Samaria, the Jordan Valley and the Golan. We returned home to our ancestral lands, and we are here to stay for all of eternity. Our belonging to these lands should be above political or diplomatic dispute.” (September 17, 2017)

Housing Minister Yoav Galant: “[The settlements of] Gush Etzion and Efrat are the southern flank of greater Jerusalem… Gush Etzion was destroyed by the Jordanians during the War of Independence. [Gush Etzion] is a Zionist symbol.” (September 1, 2017)

“The State of Israel has a moral and practical obligation to strengthen the Jewish community here [in the settlement of Gush Etzion], and to increase a thousandfold the number of residents here compared to the number there were prior to the destruction of Gush Etzion in 1948.” (September 1, 2017)

“It is imperative to secure Israel’s hold on the Jerusalem area – from [the settlement of] Maaleh Adumim in the east to [the settlement of] Givat Zeev in the west and an envelope stretching from north of the city to the Bethlehem area and Rachel’s Tomb [in the south], to the approaches of [the settlements of] Gush Etzion and Efrat. It is an area with tremendous historic, strategic, and moral significance. We will continue to strengthen the Jewish settlement all over the country.” (September 1, 2017)

Minister of Agriculture and Rural Development Uri Ariel: “It’s not enough that there are half a million Jews in Judea and Samaria, and with God’s help there will be a million. We have to reach awareness, to recognize the justice [of Israeli rule and settlement in the West Bank]. To say, “Honorable Prime Minister, Mr. Netanyahu, there is not and will never be two states between the Jordan and the sea.’ I have told him many times, ‘You know there will never be two states.’ But the comments day and night about two states undermine and erode awareness of the justice of our path, that the Land of Israel is ours.” (September 12, 2017)

Environmental Protection Minister Ze’ev Elkin: “Jerusalem is not at all in the set of political sensitivity and [settlement] construction in Jerusalem must progress, it is necessary and critical, and it must be done in every possible way.” (September 26, 2017)

Deputy Defense Minister Rabbi Eli Ben-Dahan: “In the last year and a half we have been working on the planning of bypass roads. Now the planning is done, and we are waiting for the budget already approved by the government. The bypass roads will be a blessing for all residents of Judea and Samaria [Occupied West Bank] , and they will strengthen Judea and Samaria communities, as well as adding to safety and security on the roads.”  (September 4, 2017)

Deputy Foreign Minister Tzipi Hotovely: “This is the first time that Israel has officially required in the definition of UNRWA’s role. We believe that the Palestinians are not refugees. According to international law, the status of refugee applies only to the first generation following a war. And certainly children who are studying in UNRWA schools in Gaza, Ramallah, or Bethlehem area are children born many generations after our War of Independence, and are therefore not entitled to be called refugees.” (September 19, 2017)

“The US has to revoke the status of Palestinian refugees and to cancel its donation money to this organization, which incites Israel and uses some schools as places to hide weapons in times of war.” (September 19, 2017)

“[The UN] is creating a myth that the Palestinians are supposed to be refugees when they’re actually not.”International law speaks about one generation of refugees. And then afterwards of course they need to be resettled. The Palestinians were speaking about five generations after the 1948 war – the war they started. They were attacking Israel, they were trying to make sure that Israel won’t exist on the Middle East map, and they lost the war. They’re not accepting this fact… They’re actually educating their children, their grandchildren, their great-grandchildren on the idea they’re refugees from Israel… This is something that must stop, because the way the UN in general is dealing with the refugee problem is that they have the agency, UNHCR (United Nations High Commissioner for Refugees) and…they’re trying to make sure there will be fewer refugees every year. The Palestinians are the only population in the world that the refugees are just growing.” (September 13, 2017)

“… Palestinians are not refugees. We have to change the definition of their refugee status and we have to start a new chapter with regard to the refugee camps and, of course, to the UNRWA schools.” (September 11, 2017)

Knesset Member Bezalel Smotrich (Jewish Home Party): “We have to engrave in the consciousness of the Arabs and the entire world that there is no chance of establishing an Arab state in the Land of Israel.” (September 12, 2017)

“All the other plans, whether from Netanyahu or others, are based on autonomy or other words which mean a ‘state-minus.’ As long as we leave an Arab [Palestinian] collective with national aspirations here, we are guaranteeing the continuation of the conflict and terrorist violence for another 100 years.” (September 10, 2017)

“…There was never a Palestinian state. This body was established by the Mufti to oppose the Zionist movement. It’s [sic] entire purpose is to deny another national movement. Of course it can’t make peace with that national movement.” (September 10, 2017)

“The Arabs [Palestinians] will have to decide who is willing to accept Jewish rule and accept all the democratic rights, except for the right to vote in the Knesset. They will be welcome. Those who can’t live with this can try their luck in another country. We will aid them with a large program to encourage emigration. And the third option is for those who think they can remain here and continue to undermine our very existence and our Jewish identity. They will meet a determined IDF. This is the only way to achieve peace and coexistence, which is a vision that both the left and the right have given up on and instead speak of separation, which means the continuation of living by the sword. Threats cannot be pushed behind fences. The ability to achieve peace will only come when the Arabs [Palestinians] abandon their national aspirations.” (September 10, 2017)

“I want to help them [the Palestinians] to [leave], on fair terms, with full financial compensation and without any coercion. It will be cheaper than to continue to fight wars and have military operations every few years.” (September 6, 2017)

“[The goal is to] erase the paradigm of Palestinian statehood both on the ground and as a concept.” (September 6, 2017)

“It isn’t despair that drives terrorism but hope; the core expression of which is the establishment of a Palestinian state. And that’s what I’m aiming to quash.” (September 6, 2017)

Knesset Member Sharren Haskel (Likud): “Strengthening and maintaining Israeli towns [settlements] in Judea and Samaria [Occupied West Bank] in general and Hebron in particular is of the utmost importance. [We] are determined to help the Jewish community of Hebron grow and flourish this year, along with the rest of Israel.” (September 28, 2017)

Brigadier General Yehiam Sasson, former head of the Counter-Terrorism Bureau: “… every Palestinian who comes into conflict with an Israeli is a potential terrorist.” (September 26, 2017)

Outgoing Chairman of the Yesha Council Avi Roeh: “The Yesha Council has yet to face further challenges in the coming years. We must bring the Israeli government to an understanding that sovereignty over Judea, Samaria and the Jordan Valley must begin. In the reality in which we live, there is no escape from this – something we are increasingly coming to understand.” (September 6, 2017)

“We must aspire to achieve this [vision of one million residents in the Occupied West Bank] as quickly as possible so that the attempts to undermine our presence in Judea and Samaria are reduced to zero. We are on the way there.” (September 6, 2017)