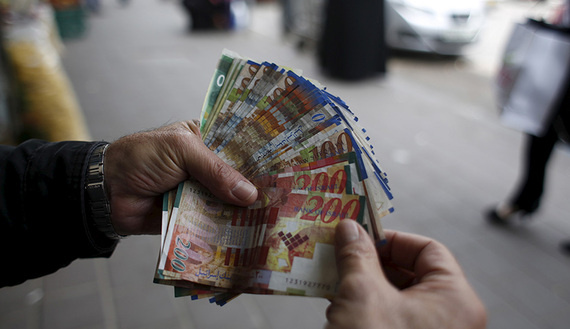 A Palestinian money exchanger displays money at a market in the West Bank city of Ramallah March 25, 2015. Israel's decision to withhold $130 million a month in revenue collected on behalf of the Palestinians is strangling the economy and leaving the banking system dangerously exposed, the Palestinian central bank governor said on Wednesday. REUTERS/Mohamad Torokman - RTR4UT7Y

Despite numerous failures in the past, many Palestinians and officials involved in the Hamas-Fatah reconciliation seem optimistic about this attempt. They now are evaluating the potential economic effects of the national consensus agreement signed Oct. 12 that reunites Fatah, which controls the West Bank, and Hamas, which administers the Gaza Strip.

The Palestinian Authority (PA) met Oct. 3 in Gaza for the first time since 2014, and the consensus government said Oct. 20 it will rotate its weekly meetings between Gaza and the West Bank. PA ministers will visit Gaza this week.

Palestinians have raised a number of questions about the financial role the consensus government will play once it takes over its responsibilities in Gaza and how it is set to deal with issues such as public sector employees, tax collection and Gaza’s inclusion in the general budget.

Moin Rajab, an economics professor at Al-Azhar University in Gaza, told Al-Monitor, “Reconciliation will help revive the Palestinian economy, as national consensus will generate large revenues for the budget, thus allowing the economy to overcome many problems plaguing the Gaza Strip, especially unemployment. Reconciliation could even lead to establishing a central bank either in Gaza or the West Bank and the issuance of a Palestinian pound.”

He added, “Now that reconciliation has been agreed upon, Palestinians must adopt a new approach to developing their domestic resources without dispensing with the foreign support coming from other countries. … The Palestinian government should not sever ties with any country in the region and should continue to attract investors.”

The result should mean job opportunities for tens of thousands of unemployed people, Rajab noted.

When Jamal Nassar, the chairman of the Budget Committee of the Palestinian Legislative Council, spoke with Al-Monitor recently, he seemed conditionally optimistic about whether the reconciliation agreement will hold, but had little doubt about the positive economic results it would produce. “The economic dimension of reconciliation is exemplified by the collection of taxes that cover the salaries and expenses of public sector employees. Should the government take over its responsibilities, there will be no financial deficit in Gaza, because the value-added tax collected in Gaza, as well as the cigarette and diesel [tax] profits, amount to $150 million per month,” he said.

“Should reconciliation materialize, a unified tax account will be established. As for the financial support of donor countries, no state should replace another. They should all play complementary roles, especially Qatar, the UAE [United Arab Emirates], Saudi Arabia and Egypt. We, as Palestinians, should open up to everyone.”

​The Palestinian budget has faced a 48% decline in foreign grants since 2013. The grants are expected to amount to $590 million this year, compared with $1.1 billion in 2013.

One of the vital financial issues currently being discussed is the fate of Gaza’s employees, who were appointed by Hamas in 2007. Concerns have been raised that many positions might be redundant, and indeed the government might invoke the early retirement law in some cases.

When Prime Minister Rami Hamdallah announced Oct. 3 that he can’t afford an additional 50,000 employees, whose salaries total at least $50 million per month, reconciliation agreement officials decided to form a management committee and grant it four months to study the matter.

Mohammed Abu Jayyab, the editor-in-chief of Al-Iqtisadi newspaper, told Al-Monitor, “The issue of Gaza’s employees is one of the obstacles hindering the completion of reconciliation. If the relevant committees succeed in achieving integration as far as the Gaza and West Bank employees are concerned, then the PA will have to deal with an additional financial burden, one that requires an international and Arab financial effort.”

He added, “Also, the PA is required to develop its financial and economic system to keep pace with reconciliation and ward off the specter of bankruptcy, while only temporarily relying on foreign countries to pay the salaries of employees. The PA seeks to control any funds entering Gaza, be they from Qatar or the UAE, and this is expected to be an obstacle to the PA’s future work in Gaza,” if foreign contributors prefer to maintain their current arrangements rather than work with the PA.

But there is a general feeling among Palestinian economic circles that the government will be able to accommodate many workers and could possibly need more.

A Ministry of Finance official told Al-Monitor on condition of anonymity, “The consensus government can deal with the emerging financial and economic conditions in several ways … and it will decide on these options based on the Palestinian political decision. Its financial programs in Gaza will be implemented in line with the other steps agreed upon in Cairo between Fatah and Hamas.”

If the PA does receive tax revenues from Gaza, that would not only generate revenues for its budget. It would also put an end to dual taxation and the customary fees that the private sector, companies and businessmen have suffered by paying both Hamas and the consensus government. The tax and customs systems would be unified between Gaza and the West Bank.

The economic cost of reconciliation goes beyond these issues, as it also includes the reconstruction of Gaza — restoring its infrastructure and power station and building seawater desalination plants and sewage plants.

Palestinians, particularly in Gaza, are in dire need of the economic profit that will result from reconciliation. They have seen a catastrophic decline in their living conditions. The Gaza Strip unemployment rate amounted to 44% in the second quarter of 2017. Some 80% of Gazan families rely on aid provided by the United Nations and other relief agencies. Israel restricts Palestinians’ movement outside Gaza, and the sole crossing between Gaza and Egypt has been closed almost continuously for a decade. Drinking water services have declined and sewage treatment plants do not work properly. 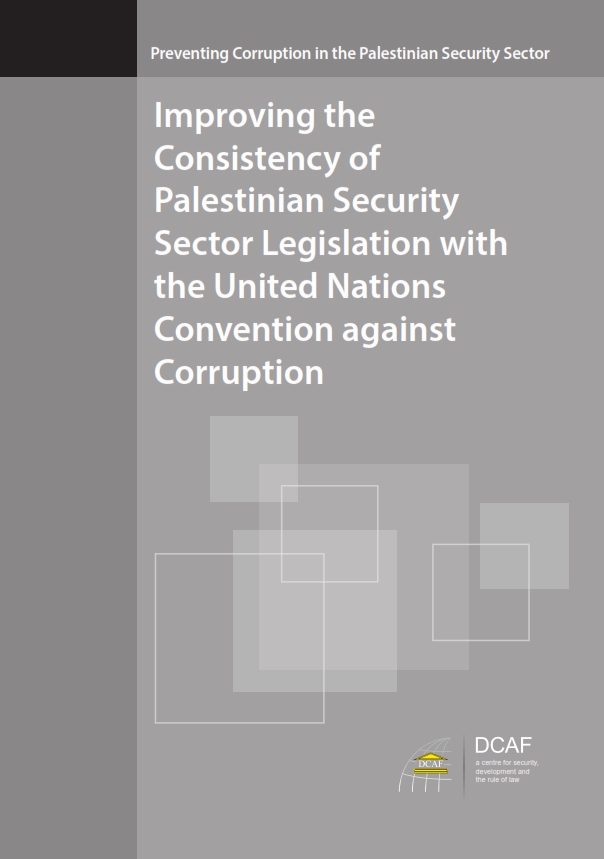