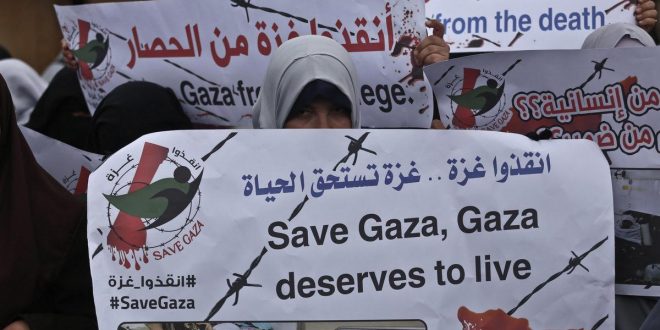 Determining humanitarian relief at the expense of Palestinian political rights

The United Nations Relief and Works Agency for Palestine Refugees in the Near East (UNRWA) is facing a $300 million financial deficit which, according to the organisaiton’s spokesman in Gaza, Adnan Abu Hasna, may jeopardise services to Palestinian refugees after August this year. Israel and the US have lobbied tirelessly to discredit the agency and have it closed down, while the latter has withheld substantial funding since December, aligning its objectives with those of Israeli Prime Minister Benjamin Netanyahu.

There is little doubt about the humanitarian consequences should UNRWA face additional financial restrictions. It is far from living up to its objectives of aiding Palestinian refugees to “achieve their full potential in human development,” due to several issues such as dependence upon donors’ entirely voluntary support, which is always hostage to the correlation between aid and abuse.

Currently, there seems to be a concentrated effort to coerce Palestinians into suffering by withdrawing financial support. While UNRWA is being restricted by the US, Palestinians in Gaza are suffering similar consequences at the hands of the Palestinian Authority, whose latest ambition is to assert control over Gaza by bringing the enclave to the point of collapse. Yet the link between both forms of oppression is seldom made. Apart from the fact that Gaza’s population consists largely of refugees, Palestinians are being forced into a cycle of deprivation by political powers which determines their choice of survival to supersede autonomy. With Palestinians described solely in humanitarian terms, there is no limit to the damage that can be inflicted, particularly in political terms.

UNRWA itself refrains as much as possible from political discourse, maintaining the balance required in order to ensure that it can still attract donations from UN member states, while knowing that a political solution that acknowledges and allows Palestinians to reclaim their rights and territory is a more precarious necessity than financial donations. There is a discrepancy in UNRWA’s mandate, established by the UN, which makes the organisation dependent upon Palestinian refugees and vice versa. The “absence of a solution to the Palestine refugee problem” perpetuates the prevailing political rhetoric that seeks to sustain two contradictory approaches: coercing Palestinians into permanent refugee status, while at the same time allowing Israel and the US to succeed in their aim of diminishing UNRWA and, as a result, create the political disappearance of Palestinian refugees from the UN narrative.

The approaches are flawed. If not halted, colonial expansion will continue to generate refugees and UNRWA’s role will not diminish. Funding deficits and referral to the agency as a provider will continue to consolidate the divide between politics and the people. As a result, UNRWA will obscure Palestinian visibility due to the focus on the agency to provide aid in the absence of rights.

Neither UNRWA nor the Palestinians will disappear for a lack of funding. However, the occasional limelight will not be enough to compensate for the widespread violations of rights suffered by the people of Palestine. To annihilate any possible political action, which is what Israel and its accomplices are seeking to achieve, is to isolate Palestinians even further from basic human rights, let alone their rights enshrined in international law as a colonised, displaced population.

Netanyahu’s plan to eliminate the concept of Palestinian refugees — no UNRWA means, in his twisted logic, no “Palestine refugees” — will fail due to Israel’s dependence upon colonial expansion. Yet the problems associated with a lack of funding will obscure Palestinian identity and entrench more divisions between the humanitarian embodiment of UNRWA and the Palestinians’ legitimate political rights.