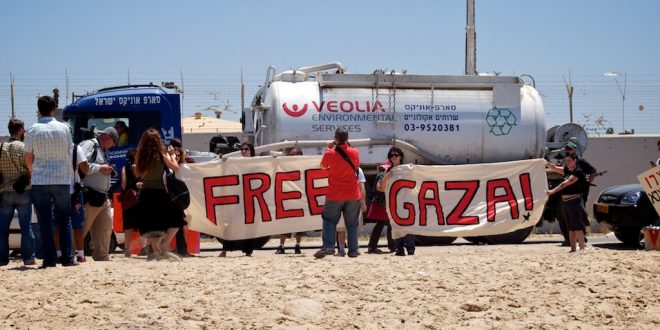 The Gaza Strip will set off a flotilla of ships on Tuesday in a bid to break the 12-year-long Israeli blockade on the Palestinian territory.

“This trip will carry the hopes and dreams of the Palestinian people for freedom,” Salah Abdul-Ati, a member of a Palestinian committee tasked with breaking the siege, told a press conference in the Gaza City on Sunday.

He said the first ship will set sail on Tuesday morning, with a number of injured Gazans and patients aboard.

He, however, did not specify the first stop of the ship.

According to Abdul-Ati, Israeli forces twice attacked boats and ships seeking to break the Israeli siege on Gaza in the past two weeks.

He called on the Ramallah-based Palestinian Authority to lift “penalties on the Gaza people to boost their steadfastness and ease the humanitarian crisis caused by the blockade”.

He also appealed to the international community to pressure Israel to lift the blockade on the Gaza Strip and on international NGOs to provide protection to anti-siege ships.

Tuesday’s Gaza flotilla will coincide with the 8th anniversary of an Israeli attack on the Turkish “Mavi Marmara” flotilla, in which nine Turkish activists were killed when the Israeli navy attacked the vessel in international waters. A tenth activist died nearly four years later, succumbing to injuries sustained during the raid.

The incident served to cause a political crisis between Turkey and Israel, which ended when the latter agreed to Turkish conditions to normalize ties, including offering apology and compensating families of the victims.

Home to nearly two million Palestinians, the Gaza Strip has been reeling under a crippling Israeli blockade since 2006 when Palestinian resistance group Hamas was voted to power in a parliamentary election.