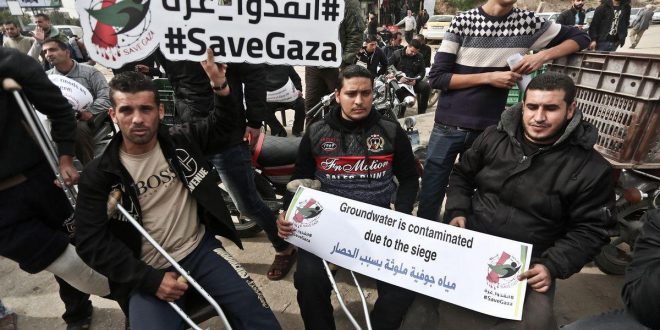 During the meeting, they discussed the deteriorating economic and security situation in the Gaza Strip in light of the 12-year-old Israeli siege.

They also discussed the “Jewish nation-state” bill, the continuous Israeli settler raids of Al-Aqsa Mosque and the repercussions which result from them, as well as a number of other issues.

UN: We are working on improving situation in Gaza

Haniyeh urged the United Nations to immediately intervene to put an end to such “dangerous Israeli violations”.

Both sides reviewed the crisis that hit UNRWA following the severe shortage of funds and its repercussions on the humanitarian and political conditions of the Palestinian refugees.

They also discussed the latest Israeli aggression on Gaza, as well as the efforts exerted to prevent an escalation in the coastal enclave.

Hanyiah further briefed Mladenov about the demolition of Khan Al-Ahmar, the Israeli raid of the Dheisheh refugee camp in the occupied West Bank and the ongoing detention campaigns launched by the Israeli occupation against the Palestinian people, the last of which is the detention of the female writer Lama Khater.