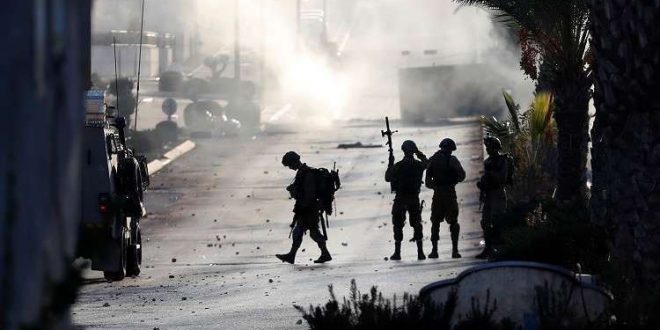 One Palestinian was critically injured in the belly on Friday in the Ramallah-area village of Kobar during clashes with Israeli soldiers who have been harassing the village and its residents since a village member stabbed three Israelis in the illegal settlement of Adam on Thursday night, said the Ministry of Health.

It said a young man was brought to Ramallah hospital with gun wounds in the stomach and was reported in critical condition.

The army raided the village during the night after the stabbing incident and during the day on Friday, clashed with residents, detained few and threatened the family of the alleged stabber, a 17-year-old high school student who was killed in the attack, that their house will be demolished as a punishment.

The entire village was also punished as roads were closed with dirt and blocks, people not allowed to enter or leave it, and residents with work permit in Israel had their permit revoked.

In addition, Israeli officials announced that 400 housing units will be added to the illegal settlement where the attack took place located north of Ramallah as a response to the attack that left one 31-year-old Israeli settler dead.