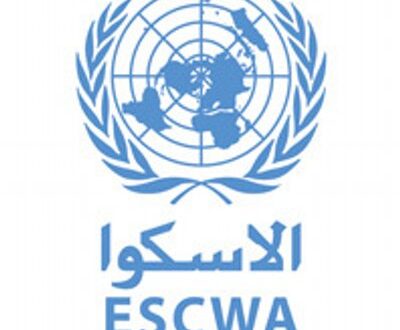 A translated version of the United Nations Economic and Social Commission for Western Asia’s (ESCWA) report titled “Israeli Practices towards the Palestinian People and the Question of Apartheid” was issued by the Euro-Mediterranean Human Rights Monitor (Euro-Med).

Last year, the report was withdrawn days after its release at the request of UN Secretary General Antonio Guterres, under pressure and threats from the American and Israeli ambassadors.

Presenting the Arabic version translated by Euro-Med Monitor, authors of the report Richard Falk, Chairman of Euro-Med’s Board of Trustees as well as former United Nations Rapporteur on the situation of human rights in the Palestinian territories, and Virginia Tilley, a professor in political science, said: “[the report’s] central conclusion is that a sustainable peace between Palestinians and Israelis cannot be achieved without the prior dismantling of apartheid structures. Any approach that ignores this conclusion is bound to fail.”

“On the basis of a careful consideration of the evidence as to Israeli practices in exerting control over the Palestinian people, the report concludes that Israel is guilty of committing the crime of apartheid as defined by international law,” Falk and Tilley said, adding that: Prior allegations of apartheid were based on broader interpretations of Israeli behavior as generally racist and segregationist, but without satisfying the requirements of legal scrutiny.”

Falk and Tilley condemned the “flurry of defamatory attacks” against the report at the United Nations, which “…never addressed substance, and seemed to concentrate their venom on the supposed outrage of introducing the word ‘apartheid’ in UN discourse when discussing the relationship of Israel with the Palestinian people.” They also stated that the report was withdrawn because of the “bullying tactics relied upon, insisting that the Secretary General of the UN repudiate the report or else face reduced funding.”

Before it was removed, the authors were told that it was the most downloaded report in the entire 45-year history of ESCWA, and was endorsed by the 18 Arab governments that are members of the ESCWA Council.

“Publishing the Arabic version of the report at this critical time has become even more significant with Israel’s increasingly escalating denial of the Palestinian identity and its legalization of systematic and persistent discrimination against the Palestinians,” said Sarah Pritchett, Euro-Med’s spokeswoman.

The recent law providing for this racist image of Israel states that Israel is a national homeland for the Jewish people, while only Jews are entitled to the right of self-determination and the right to immigrate, eventually obtaining Israeli citizenship, and further promotes settlement building in the Occupied Palestinian Territories as a national value, adds Pritchett.

“Euro-Med’s role was ed to translating this report professionally, in the same way as published in the English version on ESCWA’s website, without omitting, adding or editing the content or form of the report,” explains Pritchett.

The translation of the report comes as part of a project carried out by Euro-Med Monitor to raise awareness of the issues of apartheid, so that the outputs of the report will be present on the local and international scenes, according to the Euro-Med press release.

This translation also aims to target the people most affected by the Apartheid practices discussed in the report; the Palestinian people.

“The secretary-general issued his orders to me yesterday morning to withdraw the report. I asked him to review his position, but he insisted. Therefore, I submitted to him my resignation from the UN,” Rima Khalaf, head of ESCWA said previously.

“This is not about content, this is about process… The secretary-general cannot accept that an under-secretary general or any other senior UN official that reports to him would authorize the publication under the UN name, under the UN logo, without consulting the competent departments and even himself,” said Stéphane Dujarric, spokesperson for the United Nations Secretary-General António Guterres, commenting on the report’s withdrawal.

The ESCWA report is the first UN report to analyze Israel’s practices as a “complex matrix of control”, which represents a significant document to hold Israel accountable and to help end impunity prevailing in the Occupied Palestinian Territories.