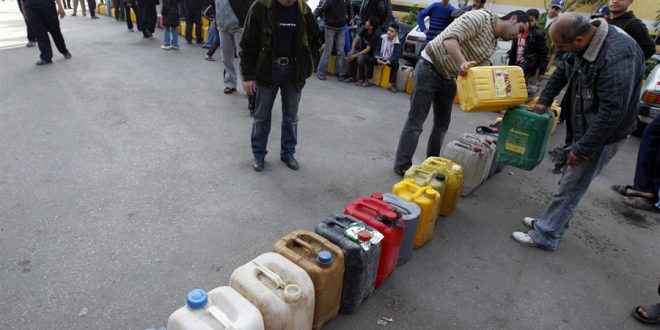 The Humanitarian Coordinator, Jamie McGoldrick, called upon the Israeli authorities on Wednesday to immediately allow the entry of UN-purchased emergency fuel into the besieged Gaza Strip.

McGoldrick said, in a press statement by the UN Office for the Coordination of Humanitarian Affairs (OCHA) in the occupied Palestinian territory, “restricting the entry of emergency fuel to Gaza is a dangerous practice, with grave consequences on the rights of people in Gaza.”
He continued “the well-being of two million people, half of whom are children, is at stake. It is unacceptable that Palestinians in Gaza are repeatedly deprived of the most basic elements of a dignified life.”
McGoldrick stressed that “Gaza desperately needs longer-term solutions so we can move past this cycle of repeated or worsening crises, including that Palestinian authorities prioritize provision of fuel for essential services. Until that happens, Israel must reverse the recent restrictions, including on the entry of emergency fuel, and donors must step in and fund emergency fuel, in order to avoid a disease outbreak or other major public health concern.”
Health, water and sanitation departments indicated that at least 60,000 liters of emergency fuel should be delivered immediately to about 46 critical facilities across Gaza, in order to ensure the basic functioning of main hospitals and essential water and sanitation services for the coming four days.
The fuel, which is available and awaiting entry by the Israeli authorities, is needed to power back-up generators required in the context of Gaza’s chronic energy crisis.
Fuel stocks, at around 40 out of 132 water and sanitation facilities, are currently enough for only one to two days; at least 1.2 million Palestinians are at imminent risk of possible sewage overflow around the 41 main sewage pumping stations in the Gaza Strip.
The OCHA statement said that “in order to avoid sewage flooding into populated areas, the Municipality of Gaza City has been reportedly forced to direct over 10,000 cubic meters of sewage each day, the equivalent of four Olympic-sized swimming pools, towards a storm water lagoon in the northern part of the city, placing the surrounding communities at heightened risk of an overflow.”
Additionally, sewage treatment at Gaza City’s waste-water treatment plants has reduced operations and solid waste collection, the latter leaving around 15,000 tons of garbage accumulating in the streets.
The reduced functioning of water and sanitation facilities risks an increase of waterborne disease and outbreaks.
Hospitals and other critical health services are reducing operations, with five hospitals facing possible closure in the coming three days, if emergency fuel is not allowed in.
Over 2,000 patients in the hospitals of Gaza, who rely on electrical devices, are at the highest risk. Medical services for over 1.6 million other Palestinians may suffer from the lack of emergency fuel at the 54 main health facilities.
The statement added that $4.5 million is required to ensure that a minimum level of essential services in Gaza can continue to run through the end of 2018.
Currently, due to the nearly 12-year Israeli blockade of Gaza, the some two million Palestinians in Gaza, over half of whom are children, receive electricity for no more than four hours daily and over 60% of the emergency fuel is consumed by 54 health facilities.
Recently, Israel has prohibited the entry of fuel into the Gaza Strip. This prohibition is part of the severe economic sanctions imposed following Israeli Prime Minister Benjamin Netanyahu’s decision.
Netanyahu’s decision came in response after about four months of the continuous launch of incendiary kites and explosive balloons from Gaza into southern Israel, which has scorched thousands of acres of land along the borders.
Considering that the Kerem Shalom crossing between Gaza and Israel is the only crossing which “regularly opens” for imports to Gaza for several years now, there is currently no alternative plan in place that would enable the entry of the UN-purchased emergency fuel from another destination, including the Gaza-Egypt Rafah crossing.
Community SafetyHuman RightsIsraeli occupation violations
Gaza
2018-08-08
raedsadeq
Previous Germany contributes over €8 million to UNRWA’s food program
Next ‘Hamas delegation has returned to Egypt with all the answers’