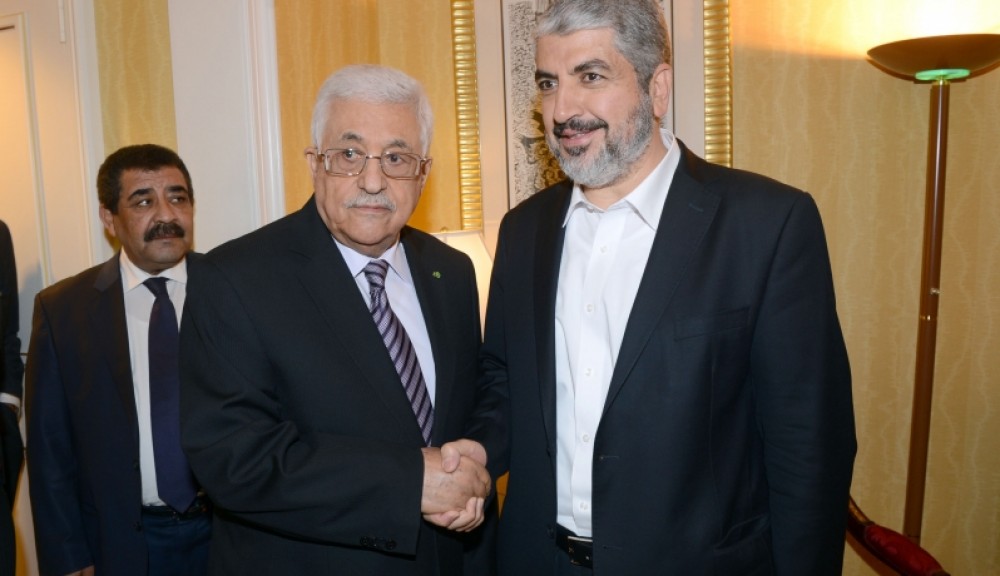 Many Palestinian journalists, nongovernmental organizations and members of the public concur that holding comprehensive elections — for the presidency and legislature at the same time, and in all the territories — is the best remedy for the 12-year-long Palestinian divide, after all attempts to end the Fatah-Hamas split have failed.

But many people, mostly Fatah members and Palestinian President Mahmoud Abbas, don’t agree. As could be expected, reaching a consensus seems only a distant possibility at this point.

The dissolution of the Palestinian Legislative Council (PLC), in accordance with the Constitutional Court’s decision in December, has triggered talks about the elections in the Palestinian territories. The court explained that a key reason behind its decision was that the PLC has been largely ineffectual since 2007, without Fatah’s participation.

Abbas’ remarks indicate that the decision to hold legislative elections depends on the consent of the Palestinian Authority (PA), Hamas, and Israel, which control, respectively, the West Bank, Gaza Strip and East Jerusalem.

Hamas on March 7 expressed its desire to see legislative and presidential elections taking place at the same time. This was made clear at a Gaza Strip meeting that brought together the head of Hamas’ political bureau, Ismail Haniyeh, and the head of the Palestinian Central Elections Commission, Hanna Nasser.

Hamas’ consent to hold comprehensive elections opposes Fatah’s focus on only legislative elections. This will make it hard to hold the elections unless an agreement can be reached.

Speaking to Al-Monitor, Hisham Kahil, executive director of the elections commission, affirmed the commission is technically ready for the elections to take place at any time. He stressed that the commission’s task is to ensure the participation of all Palestinian parties in any elections.

He pointed out that the commission met with the Palestinian factions and NGOs in both the Gaza Strip and the West Bank and heard their ideas on the upcoming elections. More than 2 million Palestinians are eligible to vote, he noted.

While Abbas won the last presidential election, in 2005, Hamas secured a majority of PLC seats in the last legislative election, in 2006. The internal divide — which has been ongoing since 2007, after Hamas took over the Gaza Strip — has staved off new legislative or presidential elections, which are supposed to take place every four years under the Election Law of 2005.

Hamad al-Raqab, a top Hamas official, told Al-Monitor that his movement is committed to holding presidential and legislative elections at the same time to renew national institutions and enable Palestinian citizens to choose their representatives. Holding the elections separately would drain the Palestinian institutions’ human, material and financial resources, he said.

“Why is Fatah insisting on holding the legislative election separately? Why does it fear comprehensive elections?” he asked.

Abdullah Abdullah, a top Fatah official, told Al-Monitor that his movement wants to limit the ballot to the legislative election at this stage to allow the people to choose their representatives in the PLC rather than waiting until a presidential election can be held fairly. He pointed out that “this, however, doesn’t imply that we are against holding comprehensive elections.”

“The presidential elections are not on the table, given the threats posed to the Palestinian cause, the latest of which was the US decision Dec. 6, 2017, to recognize Jerusalem as the capital of Israel, and the US [Middle East peace plan] that is being currently prepared,” he stated.

“It is unacceptable and intolerable to hold presidential elections at a time when President Abbas is facing the above-mentioned risks,” Abdullah added. He accused Hamas of impeding legislative elections by insisting on comprehensive elections.

Palestinian elections have been in the interest of the international community. UN Special Coordinator for Middle East Peace Nickolay Mladenov arrived Feb. 14 at commission headquarters in the West Bank, where Nasser briefed him of the efforts to hold the elections. On Feb. 27, Susanna Terstal, the EU special representative for the Middle East peace process, also visited the headquarters, where she affirmed EU support for the democratic process in the Palestinian territories.

Mukhaimer Abu Saada, a political science professor at Al-Azhar University in Gaza City, told Al-Monitor that holding comprehensive elections in the territories is the best solution to end the split, and local and international parties must provide guarantees to ensure that the ballot outcomes are accepted.

According to Abu Saada, Israel is expected to be a key obstacle to comprehensive elections, given that it rejects holding them at all in East Jerusalem. He pointed out that holding them there is crucial for the process in the Palestinian territories, as Abbas voiced in January.

Mustafa al-Sawaf, a political analyst and former editor-in-chief of the local Felesteen newspaper, told Al-Monitor the best way to resolve the divide is through comprehensive elections. He noted that all of the civil society segments and Palestinian factions, with the exception of Fatah, have called for comprehensive elections, following the failure of the most recent round of reconciliation talks, held Feb. 11 in Moscow.

In light of the differing views, Palestinians fear that the controversy between Fatah and Hamas will deny them the right to choose their representatives.