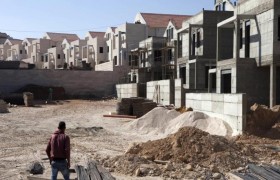 “We will deepen our roots and strike at our enemies,” Netanyahu was reported by Israeli newspaper Jerusalem Post as saying.

“We will continue to strengthen and develop settlement in Judea and Samaria [the occupied West Bank],” he added.

Quds Press said Netanyahu has been unable to stop the Palestinian resistance and so is turning its attention to expanding settlements to attract right-wing voters ahead of next month’s election.

Dolev is an Israeli settlement which was setup to host only five settler families in 1983. It was built on the land of  Deir Ibzie, Al-Janiyeh and Ein Qinya in the west of Ramallah.