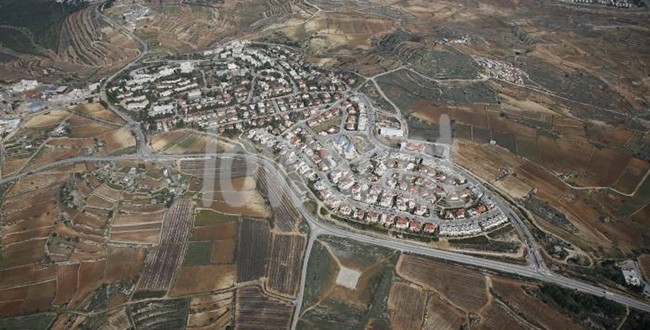 Trump delivers another blow to Palestinians

In the world of US President Donald Trump, the illegal Israeli settlements built on stolen Palestinian land with flagrant disregard for international law have been declared legal. The acquisition of territory through military means remains illegal in international laws and conventions, but that has not deterred this wretched president. Nevertheless, Israeli settlements on land occupied since the 1967 Six Day War are always going to be illegal, no matter what Israel and the US claim to the contrary, as they have neither the legal nor moral right to dictate otherwise.

Indeed, claims like Washington’s latest are made from afar with little knowledge or understanding of the context of the situation on the ground; in Washington’s mind, and in stark contrast to democratic norms, might is right. At a stroke, the US has exposed Western arrogance when it comes to meddling in Middle East affairs, especially on matters in which Israel is involved.

Ever since Britain’s Balfour Declaration more than 100 years ago, Palestinian lives have been directly affected by the decisions made on continents thousands of miles away from their homeland. The direct result of the tremors created by the 1917 declaration was the 1948 ethnic cleansing of 700,000 Palestinians driven from their homes at gunpoint. Those who resisted paid with their lives while the rest were expelled by Zionist militias and terror gangs in what is now called the Nakba (Catastrophe) of the creation of the State of Israel in Palestine. That process is ongoing to this day, with land seizures and house demolitions an everyday occurrence in the occupied Palestinian territories. Israel’s annexation of the land upon which the settlements are built will no doubt follow soon, and another part of Palestine will be wiped off the map.

Britain fulfilled its pledge to “view with favour” the establishment of “a national home for the Jewish people” in Palestine. Not content with that, though, the British and their Western allies have continued to give unquestioned support to Israel while crushing the spirit and lives of millions of Palestinians who are either refugees in neighbouring countries or under brutal Israeli military occupation in the West Bank, Jerusalem and the Gaza Strip.

UN Resolutions have reaffirmed consistently the refugees’ right to return to their land; Israel has, just as consistently, refused to allow it to happen, even though it was a condition of its membership of the international organisation itself. Any and all UN support for the Palestinians has been challenged and ignored by Israel. What’s more, no other country in the world has ignored or violated as many UN Resolutions as Israel; more than 180 at my last count. Consider for a moment that Saddam Hussein was toppled for ignoring around a dozen UN Resolutions, and you can see the disproportionate leniency given to Israel, which can and does act with impunity.

Furthermore, over the past three years the Donald Trump White House has trashed the rights of the Palestinians even more than ever before; given the unqualified US support for Israel since 1948 that takes some doing. Trump has ignored the UN and international law, and recognised all of Jerusalem as the capital of Israel; he also moved the US Embassy there from Tel Aviv. The city is recognised as occupied territory by most law-abiding and reasonable people. The 1947 UN Partition Plan for Palestine declared that Jerusalem should be a separate entity under an international regime. Israel ignored that too and took control of the city.

Moreover, Trump has stopped US funding for UNRWA, the agency established in 1949 specifically to provide basic essentials to Palestinian refugees. In doing so, he is bowing to Israeli pressure in the hope that the refugees will simply melt into their host communities, and the right of return will no longer be an issue.

Last week, the UN voted 170-2 to extend UNRWA’s mandate; only Israel and the US opposed the motion. The new mandate will last until 2023. Seven other resolutions were also passed by the UN General Assembly, including one condemning Israel for its annexation of the Syrian Golan Heights, which it has occupied since the 1967 war. Another UN vote gave the green light for a “special committee to investigate Israeli practices affecting the human rights of the Palestinian people and other Arabs of the occupied territories.”

The pro-Israel director of so-called UN Watch, Hillel Neuer, declared with outrageous indignation that, “The UN’s assault on Israel with a torrent of one-sided resolutions is surreal.”

Veteran Palestine Liberation Organisation official Hanan Ashrawi begged to differ: “We view this [UN] vote as an unequivocal rejection of a malicious and cynical campaign led by the Trump administration and Israel to abolish UNRWA and revoke the inalienable rights of Palestine refugees.”

Yet despite all of that, Trump moved to shift America’s position made public by his predecessor Barack Obama on the thorny issue of Israel’s ever-expanding, illegal settlements in the occupied West Bank and Jerusalem. The US State Department said yesterday that it no longer views the settlements as being “inconsistent with international law”.

According to Trump’s man Mike Pompeo, the US Secretary of State, the victims of theft now have to negotiate with the thieves to get back what has been stolen. That is the logical conclusion of his claim that the status of the occupied West Bank is for Israelis and Palestinians to negotiate. Apart from anything else, Pompeo ignores the totally asymmetric nature of this conflict. This is not two neighbours arguing over a fence in a suburban back garden. It is a nuclear armed state doing whatever it wants to a civilian population, with the full support of the United States of America.

It is quite obvious now that Donald Trump has an agenda to wipe Palestine off the map completely, either with or without the support of the international community. Pulling US funding from UNRWA meant that other countries had to jump in and fill the vacuum. By recognising Jerusalem as the capital of the rogue state he has trampled over some of the most sensitive deal breakers in Middle East peace negotiations.

When the news of yesterday’s decision filters through to the Palestinians they are unlikely to be surprised. Like the rest of the Arab world, they are quite used to being lectured about human rights and civilisation by Western states which have no qualms about imposing unjust “solutions”, by force if necessary, and riding roughshod on the law in order to protect Israel; countries which destroy democratic norms in order — they claim — to protect democracy; countries, like the US, which are prepared to allow a racist state to thrive in order to divide and rule the Arab world.

Trump has exceeded his already grotesque standards with this latest move. It should be condemned by anyone and everyone with an ounce of decency and justice in their hearts.