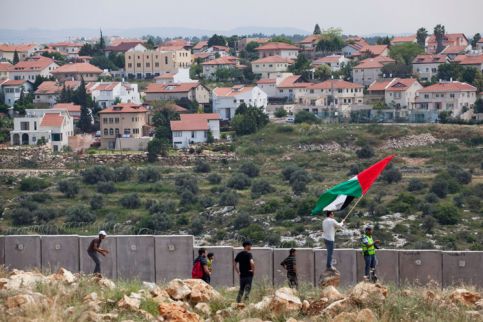 Palestinian human rights organisation Al-Haq has renewed its call for the United Nations Human Rights Council (UNHRC) to publish its database of businesses complicity in Israeli settlements in the occupied Palestinian territory (oPt).

Al-Haq issued its “call for action” ahead of what will be the three-year anniversary in March of the UNHRC adopting a resolution that mandated the Office of the High Commissioner for Human Rights (OHCHR) to research, compile and publish such a database.

Since then, however, the work has been plagued by delays, with the postponing of publication of the database widely seen as a result of political pressure on the body by Israel and the United States.

“The repeated, open-ended and unexplained delays in releasing the UN database make us question whether the High Commissioner will fulfil her mandate at all,” stated Al-Haq yesterday.

“At this point, the release of the UN database has become a matter of ensuring the impartiality and credibility of the High Commissioner, the OHCHR, and the HRC [Human Rights Council].”

In its new statement, Al-Haq stressed the significance of the UN database for the purpose of identifying – and thus holding to account “businesses that violate international humanitarian and human rights law as a result of their operations and relationships with illegal Israeli settlements.”

In addition, Al-Haq added, “the UN database will highlight the adverse impacts of Israeli settlements and associated businesses on the rights of Palestinians, notably the right to self-determination and permanent sovereignty over natural resources, including land and water.”

While “Palestinian and international civil society have been actively working on multiple levels to advocate for the release of the UN database,” Al-Haq added, more support is needed from “civil society organisations, human rights defenders, social movements, networks and groups” globally.

The Ramallah-based human rights group concluded by urging such groups to “reach out and advocate for the release of the UN database before national Parliaments and parliamentarians”, as well as appealing directly to the UN High Commissioner’s Office.