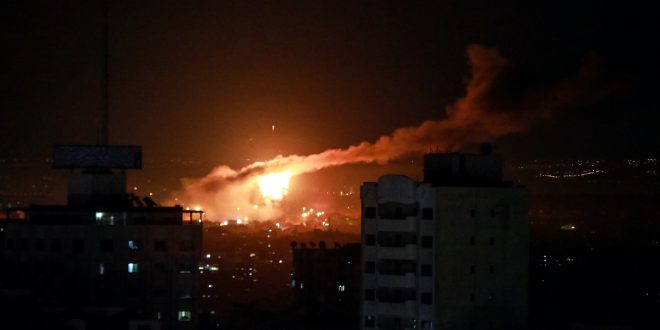 Israel carried out airstrikes on the Gaza Strip in response to rocket fire on Wednesday, according to the Israeli military, Reuters reports.

No casualties were reported on either side of the Israel-Gaza border.

Two of the projectiles launched from Gaza were shot down by Israel’s Iron Dome air defence system, the military said in a statement. Israel’s Channel 13 television said the other two struck uninhabited areas.

Sirens warning of rocket fire sounded in several Israeli communities near the Gaza frontier. Israel’s Magen David Adom ambulance service said no injuries or damage were reported in the first such attack in three weeks.

There was no immediate claim of responsibility from the Gaza Strip, which Israel keeps under blockade citing security concerns over Hamas.