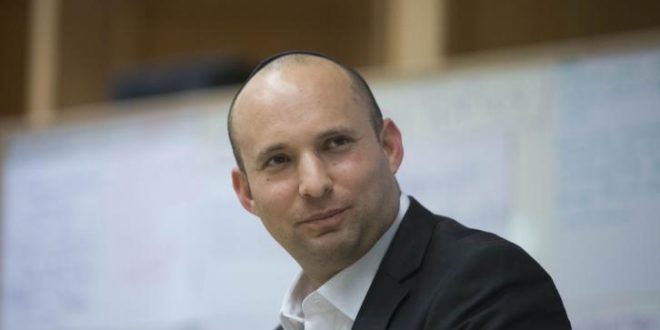 “I do not want short rounds [of fighting],” said Bennett. “Now we have eliminated terrorists in both Gaza and Damascus and made a new rule. The Prime Minister is telling the truth, we are preparing something – but we need a little patience.”

In the interview, Bennett said that he would not be seeking a “dragged out” offensive, “because then you lose a good deal of effectiveness”.

Meanwhile, in a separate interview with the Jerusalem Post, Bennett declared that there is a “95 percent chance” Israel will “launch a large campaign” to “restart Gaza”.

“I have been criticized for days from the left that it does not look good,” Bennett said, adding that he fully backed the soldiers’ actions.

“I set a goal to bring home the bodies of Hadar Goldin and Oren Saul and the others. How will I do it? With a ballet dance?”, Bennett continued.

“So, if things have to be done that don’t look good on TV – I will do it. And if more bodies are to be collected – I will collect more bodies and if we have to pick up live terrorists we do that too.”